The Importance of Irish Pubs Abroad

The realities of immigration and emigration can make for difficult conversation in Ireland, but for those who leave for a new country, home comforts can often ease the transition. 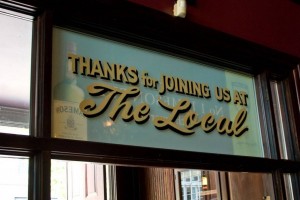 These days, families can keep in contact with their loved ones abroad over the internet or send a box of Irish treats to their new home. Previous generations did not have these options, so Irish emigrants who wanted to experience a touch of Ireland had to seek it out. The Irish in America would have had to visit a pub and watch American Football.

As the Irish began to settle, they wanted to customise the local watering hole with symbols synonymous with the Emerald Isle. This resulted in unmistakably Irish pubs entering the landscape in emigrant strongholds like New York, Boston and Baltimore.

Being able to socialise with fellow Irish in a familiar location helped keep morale among the people, but in the borough of Hell’s Kitchen in Manhattan, for example, it provided a save haven for Irish gangs to meet.

The nineties spelled a remarkable turn of fortune for the Irish who stayed put. The national football squad had lifted the shackles of disappointment and qualified for the Italia ’90 World Cup. By progressing to the Quarter-Finals, the native and diaspora Irish had something to savour on the global stage. Publicans wanted to invest in Irishness in order to attract new customers.

The American bar owners that were savvy enough to make their pubs Irish were rewarded when the Boys in Green booked their place for the USA ’94 tournament. Thousands upon thousands of Irish fans booked their flights to the States and descended gleefully to the stadia and the pubs. Similarly, the phenomenon of Riverdance suddenly made it cool to be Irish.

In the 21st Century, Irish pub builders with a strong reputation like Ól Irish Pubs have been sought after in new markets. You name it – Russia, India, Germany, Oman – we have worked with clientele in these nations. They appreciate that the concept of an Irish pub is more likely to remain stable for the long term and that people who visit tend to spend more time and money in an Irish pub.

Ól Irish Pubs are passionate about the continued growth of creating Irish pubs for foreign markets, as having a dependable concept to sell will boost the builders and industry we have at home for the foreseeable future.